-- but is anyone ever really 'ready' for such a life-changer? 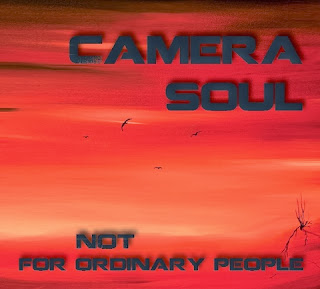 For the past 5 months, I have done little else in the entertainment world but eat, sleep, breathe, and love the music of my label's international co-sponsorship of Camera Soul.  This powerful 10-member jazz-funk ensemble has challenged and captivated my songwriting time, my ears, my wallet, my marketing abilities, and above all, my hopes for possibly scoring a Grammy nomination in 2013.

As an avid music fan and musician, I have watched the Grammy Awards every year for as long as I can remember.  In 2008, I became an associate member of the National Academy of Recording Arts and Sciences (NARAS), home of the coveted Awards, and this past year, due to my songwriting and production credits, qualified to become a bona-fide voting member of this longstanding artistic collective.  These achievements alone have been a tremendous honor, given the prestige of The Recording Academy and its annual Awards, known the world over; however, the next emotional and mental step, that of possibly regarding myself and any group that my label supports as future Grammy-nominated (let alone Grammy-winning) artists, is simply mind-boggling.  More so than fearing losing a shot at the Award, the fear of success poses a greater and sublimely more powerful 'threat'.

Artists get used to failure over time - we have doors constantly slammed in our faces.  We're consistently told "No" or "Your sound isn't what we're looking for."  It often is deemed a rarity that an independent artist tastes a true success. In that case, what happens if and when someone of industry prestige, such as fellow members of The Recording Academy, actually says, "Yes! You're in!"?  What if the success that we wish for literally comes roaring in overnight and we're woefully unprepared?  What happens if and when "music's biggest night" literally becomes the biggest night of your music career? 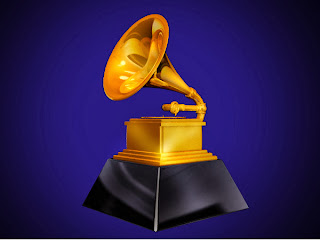 The Grammy Awards wield an amazing power and hope, especially for an aspiring artist.   For example, in 2012, CBS reported that the 55th Annual Grammy Awards drew the highest number of viewers since 1984 (think Michael Jackson's smash album, Thriller, released the year before).  Over 39 million households tuned in to see not only who would win (compared to about 26 million in 2011), but also to witness how the would treat the memory of superstar Whitney Houston.

Furthermore, the Grammys proved to be beyond profitable for Adele’s United Kingdom-based independent label, XL Recordings.  Sales of Adele’s multi-platinum and six-time Grammy-winning album, 21, took the label from an approximately $4.9M entity to grossing over $53M in the space of twelve months, most of which after the Grammys were won, and allowed the songwriter-vocalist to move on into a major label recording contract and voice the theme of the 2012 James Bond movie, Skyfall.

This is a classic case of an event that until now has always “happened to someone else”.  Now, on the eve of the nominations this Friday, December 6, I’m experiencing a case of butterflies in the stomach and a bit of dry mouth in anticipation.  I feel almost like a young King Arthur on approach to extracting Excalibur out of the proverbial stone. Am I worthy?  Will the sword even budge?

In this case, this kind of fame, power, and glory could next happen to me and those close to me on the project.  Camera Soul has been submitted in 12 different categories and may stand a good chance at snagging a nomination in at least one of them.  The music on this album truly is strong enough, we’ve gotten a fantastic response to it from worldwide radio and fans, the Akademia Awards, and finally from fellow NARAS members, so there is definitely a chance -- albeit slim when competing against the majors in R & B -- but a chance nonetheless, for a Grammy nod.

On the plus side, achieving this supposed level of fame could literally launch the members of Camera Soul’s careers for the rest of the artists’ lives.  A Grammy win could yield the kind of money to the co-sponsoring labels (Azzurra in Europe and TIMKAT in the U.S.) the funds to make even more music than ever before, without worrying how we will pay for the studio, the sessions, the group's travel expenses, if we'll even sell any tickets, and therefore resorting to begging the public for help via crowd-funding campaigns. We would finally have the opportunity and financial backing to take this large band of 10 members on tour, do global talk shows and in-person interviews, and perform at music festivals and more venues around the world.  Lastly, money and fame aside, and perhaps most importantly for the long-run, a Grammy nomination and/or win would place us among artists that are truly at the top of their game and would solidify not only our confidence, but nicely reward many years of music education, study, and practice. The ultimate reward from the ultimate people. Yet, with each step up the ladder, I am also aware that this ascent carries along a new and different set of consequences.

For instance, after I’m done fantasizing about how wonderful it will be when the whole world hears, shares, buys, and enjoys Camera Soul’s album, “Not For Ordinary People”, my imagination turns to darker possible realities.  Should we actually win a Grammy, I don’t want the whole world to know about every little scandal and event that happens to the members of the band behind the scenes.  I don’t want us constantly judged on “whom we’re wearing” (because it might be from Walmart), what we looked like when we left the house to walk the dog and neglected to put on enough makeup.  I shudder to think about gossip -- true or false -- about us splashed on the cover of every rag that believes that by us having won such a prestigious award, this also means that our lives now belong to the public, are the ultimate means to an end of selling magazines, and therefore satisfy some insatiable and likely false public “need to know”.   No one would need to know anything outside of our ability to make world-class music.  I picture weirdo stalkers in the bushes around mine and my family’s homes.  Then I shake my head to rid myself of the thought, just as I realize that the album would need to sell and go super platinum just for me to be able to afford to pay new bodyguards … God, do I even want bodyguards?   No.  Not even if they are cute.

In terms of social media, my dark imagination also fears undeserved fallout.  I don’t want to answer to snobby reporters and bloggers that ask why we only have a certain amount of Facebook ‘likes’, Twitter ‘followers’, and YouTube views, when compared to some arbitrary and imaginary scale for typical Grammy-winners that we didn’t even know existed in the first place.  How many likes and followers should one have to be considered “valid”?  Why is this even a scale when judging quality music?  How shallow have we all become?

In my darkest hours of contemplating this level of success and insanity, I finally come to the conclusion that I wouldn't even want the Google Maps van to drive by and take pictures of my neighborhood anymore. 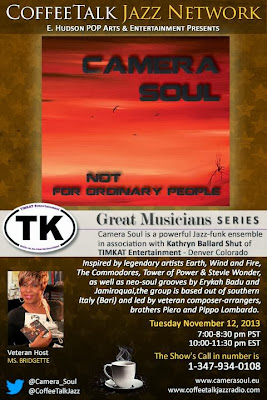 It is in these rare occasions that I begin to understand what the legendary Bob James said to Coffee Talk Jazz Radio friend and host Bridgette Lewis during a fantastic interview last year.  The most important thing he said was that artists should simply, “enjoy the journey” of songwriting, creating, performing, and generally working their way through the music business.  However, Mr. James also mentioned that when fame comes, and it will, if one works as hard at one’s craft as possible, one should “be ready.”  I imagine the fears mentioned above are just the tip of the iceberg.   And yet, I also remember still more advice from stars across the movie, television, and music worlds:  Take this new-found world with a grain of salt, because even though the money may be real, the rest of it is not!  As the song Paper Moon goes, "It's a Barnum and Bailey world, just as phony as it can be ..."   Too true.

In the interim, I have begun to write a Grammy speech, hoping that if blessed with 3 minutes to read it, that I remember to thank all of the amazing promoters, radio program directors, producers, artists, bloggers, Recording Academy members, and fans that have taken us this far.  I am shopping for an outfit that at the very least is Red Carpet worthy (as if I know anything about this!)  I am reveling in the invitations to the Grammy Awards, after-parties, and gatherings of fellow independent artists that will be in on January 26.  But most of all, I remain grounded, no matter the outcome.  I am grateful and happy that I am even in the position to promote and be a part of the team behind one of the world’s best jazz-funk ensembles, Camera Soul.   But just in case, I wouldn't turn down a lunch date with Adele just to learn about how to cope with this possible new world.

As an independent artist who was stunned by a nominated for Best Children's Album in 2011, I can tell you that it is absolutely life-changing. NO, I didn't get rich. NO, I didn't suddenly get deluged with bookings. NO, my booking rate couldn't even get jacked up. We had to scrape together to get the family to the west coast for the awards, because I'd always promised, "Someday when I get nominated we're ALL gonna go!" But even though I remain relatively unknown and essentially in the same place financially as before the nomination, the way it changed my MINDSET is the most important thing of all. It was VALIDATION that yes, this thing I've spent my life doing IS good, I'm good at it, and my peers think so. I no longer have the question, "Should I have given this up long ago?" nagging at me. And I'm able to prove to my kids that never giving up on your dreams can pay off. And in THAT way, I wouldn't give up that nomination for anything. Good luck to you and CAMERA SOUL, Kathryn. Your project is amazing!

Thank you so much, Judy. You absolutely nailed the piece that I wrote about the validation of one's peers that helps us to keep going. Wishing you all the best and supporting you as well for 'Mrs Claus'!