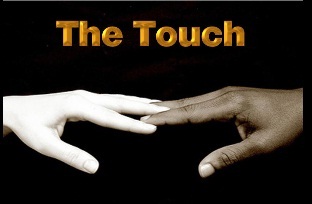 
In Feburary 2012, Kathryn Ballard Shut (/shoot/) of Denver, Colorado-based TIMKAT Entertainment resurrected her tiny and dormant jazz entertainment company with a new vision of creating enduring industry partnerships and continuing to produce great music.  However, instead of working exclusively within jazz circles, Shut decided to see if there were also the possibility of creating a marriage of musical styles that she loved -- in this case, mixes of classic jazz standards from the Great American Songbook and Deep House -- to create fresh, soulful, modern, and infectuous new musical offerings for a wider global audience.

The result was the serendipitous discovery on Twitter of Chicago's PLG Music Group (Pathway Label Group or "PLG"), headed by William "Deephouse" Wilson, a Chicago native and House Music professional of over 30 years.  Under recording labels such as House Candy Music and Star Child Music, PLG, like TIMKAT, endeavors to produce world-class, inspiring, and positive music, as well as to foster such relationships within the music industry. The kindred meeting of the two companies was like love at first sight, especially in such a competitive, cutthroat, and deceptive industry.

PLG's soulful roots stem from founder Wilson's leadership and involvement in music ministry and devotion to various Christian churches in Chicago; therefore, the company was originally founded as a means to deliver "gospel house" music - music that transcends into one's soul and enables one to give joyful praise, a motive very similar to the deepest essence of jazz, blues, and soul music, of which ultimately have their roots in the African American church.  It was through this full-circle channel that TIMKAT and PLG found a common voice and a kindred spirit through connections online.


Due to strong business and personal ethics, both companies share a commitment to partnership and support of each others' distinct goals.  TIMKAT, for instance, is dedicated to becoming a premier source of world-class jazz, soul, and R&B music, both in live performances and studio recordings, for sale online and beyond.  PLG in turn endeavors to continue growing as a premier, full-service, and full-scale entertainment company.


Regarding the partnership's latest release, THE TOUCH bring over 40 years' combined studio, Deep House production, and music experience. Together with Wilson's production and engineering expertise, combined with solid backing, marketing, and distribution of TIMKAT, the partnership has lit a veritable fire already with its first single, Star Eyes (Chicago Deep House Magic).  Inspired by the vocals of Tim Ballard on his album, Easy Does It the Chicago pair quickly delivered a tight, soulful, and infectuous track that starts in your ears, reaches through your soul, and ends up at your feet.


This new creation on "Star Eyes" heralds only the beginning of collaborations for TIMKAT and PLG, but the fruits of that labor can be enjoyed and downloaded today on CDBABY for only $1.50 for the single (6:22 of pure Jazz and Deep House fusion pleasure!)